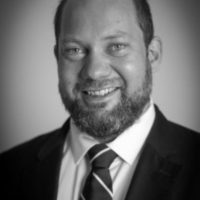 Nathanaël Ackerman is the managing director of the AI4Belgium coalition and was also appointed as member of the board of the Digital Minds for Belgium. He is “AI & Innovation” expert at the Belgian Federal Public Service Strategy and Support (BoSa); Belgian representative at UNESCO for AI issues, expert of the OECD ONE.AI network, and national contact point for the AI4EU platform. Nathanaël has had a mixed public-private career: from research and teaching artificial intelligence at the Université Libre de Bruxelles, to entrepreneurship. He has been involved in technology transfer for six years. In 2012, he was appointed Director of Innovation and International Relations at the Brussels Enterprise Agency (now hub.brussels).  He then created his own company active in the development of Data & AI strategy within several Belgian and French companies. More recently, in 2016, Nathanael was appointed as an advisor for innovation and AI (to Secretary of State Axelle Lemaire) for the French government. He led the #France AI strategic plan and then co-founded and led the France Artificielle Hub for two years, before returning to Belgium in 2019 to do the same job: contribute to the national AI strategy, and implement it with the ecosystem. Nathanael is a graduate from the Ecole Polytechnique de Bruxelles and  Ecole Centrale Paris.