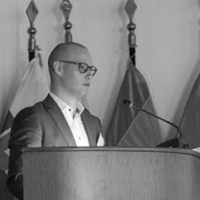 Jonathan Debilde is working as a Senior Sales Executive for NATO & Benelux at Preligens (formerly known as Earthcube) . He holds a Master in Social and Military Science from the Royal Military Academy in Brussels and he was a military officer in the Belgian Army. He took part in different national and international exercises and he was deployed for several months in the Democratic Republic of the Congo.

During different projects with intelligence agencies he saw the recurrent need and demand for automation of data processing and analysis. He believes “Human Machine Teaming” and the use of artificial intelligence are key in not losing the technological advantage the West has had in the past. Preligens is a key player in pioneering AI for the Defence & Intelligence community which Jonathan joined in February 2021 with clients all over the world, including the French DoD, NATO and the US Army