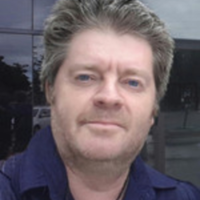 Dr. Marc Proesmans is a research associate within the Faculty of Engineering Science at KU Leuven, leading the TRACE team within the PSI Lab. He has an extensive research experience on various aspects in image processing sine the late 80’s. e.g. Early vision processes, 3D reconstruction, optical flow, stereo, structure from motion, recognition. He has been involved in several European research projects, on recognition and visual reconstruction for robotics and cultural heritage applications. He has been cto for the KU Leuven spin-off company Eyetronics from 2000-2011, providing award winning technology in special effects for the movie and game industry: Golden Egg, Tech-Art, a European IST, tech. Oscar nomination, European seal of Excellence. From 2015 he ‘s leading the research on automative driving as Research expert, and co-founder / cto / board member of TRACE vzw to drive the technology transfer from academia to the real R&D environments for autonomous driving in cooperation with Toyota.